So this is St George.

His dad was from Turkey His mum was from Syria,

He was a Roman, He died in Palestine,

He never visited England, He didn’t kill a dragon,

He is a Christian saint, He is a Muslim and Jewish prophet….. 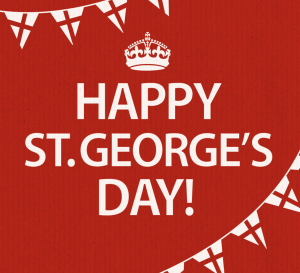 QUOTE OF THE WEEK

It’s Beginning to Look a Lot Like Christmas!
Scroll to top